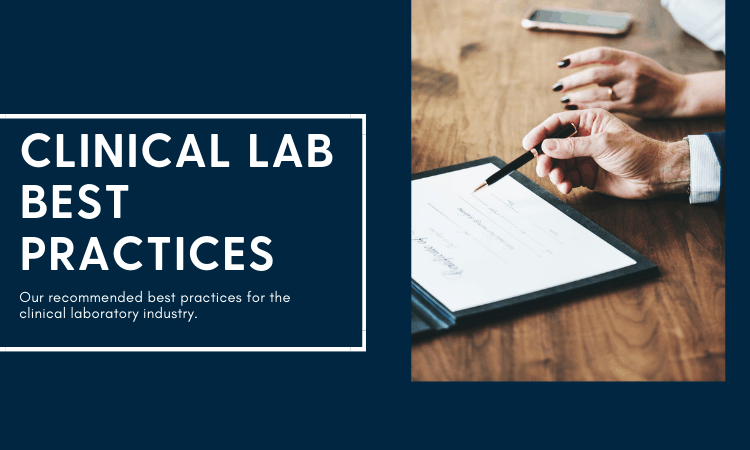 Compliance in the clinical laboratory industry can be tricky. With many variables and changing regulations, it’s hard to tell exactly what steps should be taken to remain compliant with governing bodies. Below is a common question regarding compliance and best practices in the clinical lab.

Question:  My lab’s sales representatives, couriers, collectors, etc. are independent contractors.  Do I still need to carry workers’ compensation insurance in the states where they operate?

Answer:  Yes — it is highly recommended (and possibly legally required) that a lab a workers’ compensation insurance policy in every state where the lab has employees or independent contractors.

Why? Workers’ compensation insurance covers employees who are injured or sustain an “occupational illness” as a result of their work activities.  Since workers’ compensation laws are enacted and enforced at the state level, there is no nationwide standard for Workers’ Compensation coverage.  In most cases, an injured employee is entitled to benefits irrespective of whether their injuries were caused by their own negligence or the actions of a third party.  Most states require employers to provide lifetime medical coverage for injuries or occupational diseases.  Employers are also required to provide wage replacement benefits — usually equivalent to 66% of the workers’ pre-injury wage — for a period of 5-10 years or, in some cases, employee’s lifetime.   The per-claim cost to an employer regularly ranges from $20,000-$150,000.   Given the rising costs of medical care, claims at the $500,000 – $1,000,000 level are becoming increasingly common.

A worker’s compensation claim without coverage can be catastrophic for a small business or its principals.  While the resulting consequences vary by state, employers typically face substantial fines (New York will regularly retroactively assess a penalty of up to $2000.00 for every ten days without coverage).  In some states, the employee is allowed to sue their employer directly.  In other states, the state will pay for medical treatment and lost time benefits and simply lien the assets of the company or its principals.  In many cases, the principals and officers of a lab can be held personally liable for the claim — irrespective of whether the lab was incorporated.  Even if a lab succeeds in defending against a Workers’ Compensation claim, it will be required to pay substantial costs to attorneys for of the claim.  Since most General Liability and Umbrella Policies exclude worker’s compensation claims, principals and employers are generally required to pay uninsured claims and defense costs out-of-pocket.

The good news is that the potential nightmare of an uncovered workers’ compensation claim can be avoided easily and at a relatively low cost.  Adding additional states to a worker’s compensation policy can usually be accomplished for a nominal per-state fee.    Workers’ Compensation policy premiums are based upon employee wages paid.   Most insurers will allow employers to exclude wages paid in connection with independent contractor agreements from premium calculations.  In most states, an employer with coverage within a particular state will be deemed covered for any claim made within that state — irrespective of whether the insurance carrier found the particular to be an employee at the time the premium was assessed.

Given the potential exposure to labs and lab principals, decision-makers should make a point of discussing these issues with their counsel and/or insurance agent.  While you will hopefully never need to use the coverage, your future self may very grateful you did so!

For more information about navigating the clinical laboratory industry, contact us here.

Disclaimer: The contents of this and the posting and viewing of the information on this website should not be construed as, and should not be relied upon for, legal advice in any particular circumstance or fact situation.